"Now this IS the Outback"

Flying across the centre of the continent there comes a point when looking down you realise the dirt is, simply put, RED! The sparseness of the landscape makes for some long drives but they are worth it. The 'Silver City' of Broken Hill is at the edge of total remoteness and in years gone by was one of the busiest towns or cities in Australia. It is still very busy and 'Hillites' will tell you it is a wonderful place to live in. Certainly the quiet atmosphere is peaceful and the thriving community spirit is a joy to be around. Along the route Cobar and Willcania are the central meeting places for the farmers and station hands for hundreds of kilometres around and when there is an event in town, like the local rodeo or a dance, there is no friendlier place on earth.

Further south along the northern borders of the Murray River where the Murrumbidgee and Darling Rivers flow into the mighty M stretches kilometres upon kilometres of grazing land watered by the irrigation waters pumped from the rivers as well as huge man-made dams that do fill up now and again. Nevertheless there seems to be water everywhere after a solid rain and the ground springs to live, changing from a dry red barren scape to lush green furtile fields. It was here over the past century and a half that wool and other produce grew in abundance with simpler farming methods and were shipped out along the Darling, Murrumbidgee and Murray Rivers and overland to Port Adelaide, Melbourne or Portland.

The history of those golden years, and their demise, as told in the classic Australian TV series "All The Rivers Run", still can seen at many of the townships along the rivers from Willcania in the north to Morgan in South Australia's Riverland. 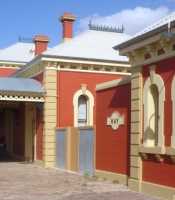 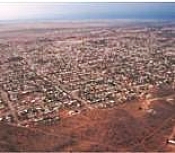