"Where the beautiful Swan River meanders through broad open spaces"

A City of Excitment, Progress and Lots of Space

Perth is Australia's most western major city and is situated between the Darling Ranges and the Indian Ocean along the banks of the Swan River and is home to over 1 million people. Although Perth is likely the most isolated city in the world, with Adelaide being the next closest at over twenty-five hundred kilometers away, it is a great city to visit, as there are heaps of attractions within the city and on and around the Swan River.

Like all Australian cities there are great parks and gardens to walk in and enjoy. The buildings are modern and spectacular with the streets wide where the sun just streams in. Perth also has eighty kilometres of fantastic white, un-crowded and sandy surfing beaches that are only minutes from the city.

The city and suburbs also have some of the best transport facilities and roadways in the world, with trains running every four minutes during up to five peak hours a day. Driving down any of the major arterial roads you sometimes could forget that the city is just a few streets away as they are placed in wonderful corridors of vegetation that is almost 'country'.

The Swan River Colony, consisting of the cities of Fremantle and Perth, was actually one of the earliest settlements in Australia with Captain James Stirling establishing the latter in 1829 after Fremantle had been settled the year before. This was the only colony in Australia set up whereby the Colonial Office granted free settlers land based on the value of assets, including labour, that they brought to the new colony.

What grew in this far-reaching outpost was so valuable to the new British Colony that after much dissension from various sources Western Australia was included as part of the Commonwealth of Australia in Federation in 1901.

As can be imagined with such an essential shipping port with a long history the buildings around Fremantle in particular are spectacular and reek of a past century. The Fremantle markets first opened in 1897 and as an essential business and trading centre the twin cities continue to thrive on great shopping and business opportunities.

Perth's restaurants are among the best in the world, with menus to tempt all tastes offering wines straight from Western Australia's own vineyards in the Margaret River district just a couple of hours drive south along the coast and market gardens just kilometres from the city.

The nightlife in the city is abundant and there are dozens of places to enjoy the evening even after the sun goes down. From picturesque Kings Park high above and right next door to the city you can look over the riverside capital and at the Swan Bell Tower there is the largest group of ringing bells in the world.

Though it has endured isolation over the last two decades Western Australia is now much closer to everything, it is still a major stop-over traveling from Asia and Europe, and the Indian Pacific Railway and domestic airlines offer Perth as a great holiday opportunity for local and international visitors alike. 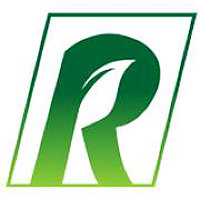